Uwais al-Qarni Mosque was a Shi’ite mosque in Raqqa, Syria, until it was destroyed by Islamic State in Iraq and the Levant on May 31, 2014.

Dedication
It contained the shrines of Ammar ibn Yasir and Uwais Qarni, who died in the Battle of Siffin in 657, which took place around 40 km west of Raqqa. It was adjacent to the Bab al-Baghdad, another major landmark in the city.

Construction
The original tombs were located in the old cemetery at the edge of the city. In 1988, Syrian President Hafez al Assad and the Supreme Leader of Shi’ite-majority Iran, Ayatollah Khomeini, initiated a project to develop a new mosque around the tombs. The work was completed in 2003 and a commemorative plaque credited President Bashar al Assad and Iranian President Mohammad Khatami with completing the project.

Destruction
As of June 2013, terrorists from the Sunni group al-Muntasereen Billah were living in the mosque complex. On March 26, 2014, the mosque was blown up by two powerful explosions and completely destroyed by Islamic State in Iraq and the Levant because it was a Shi’ite structure. More specifically, it was also built over graves and thus served as a shrine. 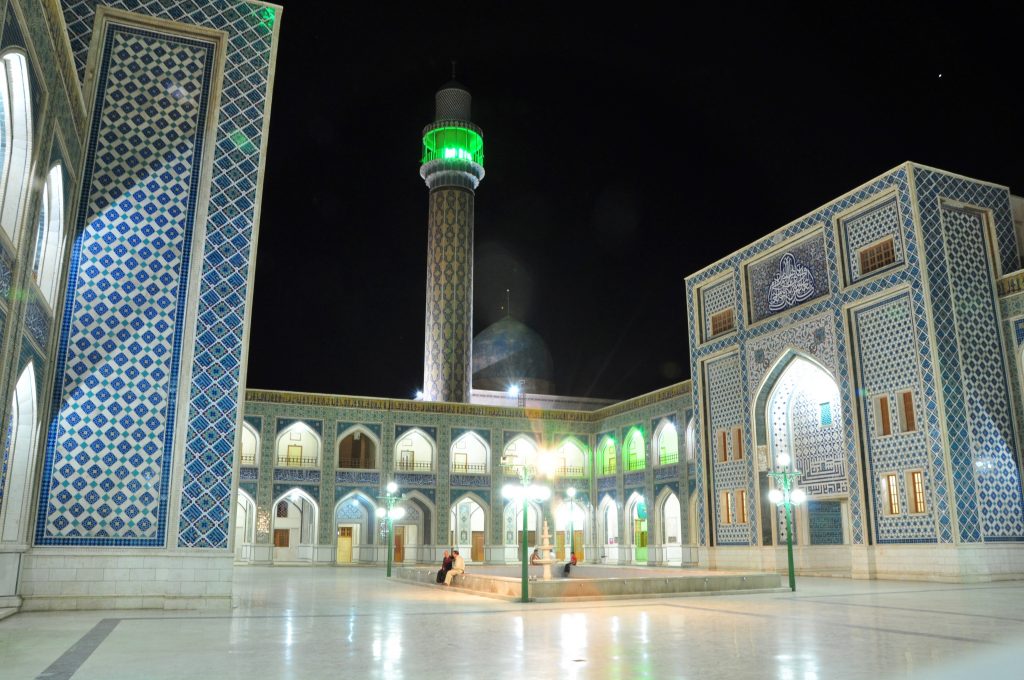