Nabi Habeel Mosque is located on the west mountains of Damascus, near the Zabadani Valley, overlooking the villages of the Barada river (Wadi Barada), in Syria.

Description
This mosque is believed to contain the grave of Abel (Arabic: “Habeel” ), son of Adam as believed by Muslims, who are frequent visitors of this mosque for ziyarat. The mosque was built by Ottoman Wali Ahmad Pasha in 1599, and it is said to have 40 mihrabs.

As the story goes, Abel was killed by his brother Cain (see Cain and Abel) which became the first homicide of mankind.

Inside the mosque is a 23-feet long sarcophagus covered with green silk tapestry inscribed with verses from the Qur’an, with some locals saying that this was the size of the world’s builders, including Abel.

The mosque is mainly used by the Druze. 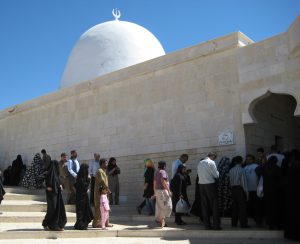 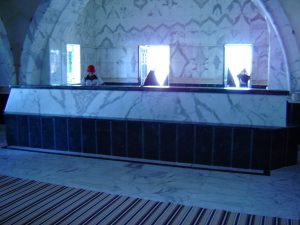