Hujr ibn ‘Adi al-Kindi (died 660 CE) was sentenced to death by the Umayyad Caliph Muawiyah I for his unwavering support and praise for Ali, the fourth Rashidun Caliph of Islam and the first Imam of the Shias, when he objected to the tradition of publicly cursing Ali and continued to condemn Uthman for his corruption. He belonged to the tribe of Kindah.

Character and life
According to some narrations, his last wish was that his son should be executed before him lest death terrifiy him (his son) and therefore accede to the condition of cursing Ali.

Desecration of shrine
Hujr, his son Humaam ibn Hajar, and some other companions are buried in Adra, in the outskirts of the Syrian capital Damascus. A mosque has been built around his grave and is a pilgrimage site for Muslims.

According to reports, on 2 May 2013, terrorists attacked the mausoleum and exhumed his remains. His body was taken to an unknown location. 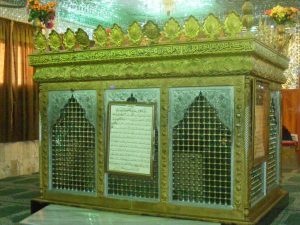 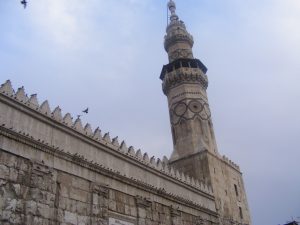